How to take a social media sabbatical and what to expect

I love social media, I really do. Being a hard-core homebody, I love that I can connect with people all over the world from the comfort of my couch.

Three weeks ago I found myself totally overwhelmed by social media. The cobbler had no shoes. I was checking social media constantly, and wasn’t following a social media calendar anymore. I was just winging it, which left me feeling like I was constantly catching up with no room to breathe. And I was so busy with social media that I didn’t really have the time to think deeply enough to make some important decisions about my business.

Below you’ll find instructions on how to take your own social media sabbatical, and what I learned from the experience.

How to take a social media sabbatical

Step 1:
Decide why you’re taking the sabbatical. Having a goal or purpose will mean you’re more likely to see it through, versus the non-compelling “It sounds like a good idea.”

Step 3:
Wind down your involvement in social media starting the week before, primarily in other people’s Facebook groups. I had been planning on only checking Facebook once a day for the first few days to make sure spammers didn’t take over my group. Except, I kept getting tagged in other people’s Facebook groups, which reinforced the fear that I was going to miss something, which led to me checking Facebook a bunch of times those first few days.

Step 4:
Announce your sabbatical to the appropriate platforms the day before. If you’re like me and are running a business, it makes sense to tell them that you’re still in business, you’re just taking a break and that you’ll be back on a certain date. Inform them that they can email you if there’s something urgent.

By announcing it the day before you’ll have plenty of time to respond to the people who comment on that post.

Step 5:
If you have upcoming plans with someone and they are likely to contact you on social media – maybe a family reunion, or you’re arranging some sort of Facebook Live interview – move that conversation over to email.

If you rely on social media for business:

You may be freaking out at the idea that someone will complain on your Facebook page, or that you’ll receive an urgent message on Messenger, or that a great opportunity might pop up in a Twitter DM, etc. Or that you’ll loose all the momentum and trust you’ve established.

First of all, you would have announced your departure already, so people should have seen your suggestion that they contact you via email. Second of all, if you’re contemplating a social media sabbatical, I’m guessing that you’ve realized you can gain a lot from taking that step back and recentering yourself, all while opening some time to think about important business matters.

Those two things are much more important than missing a DM from someone asking if you’re interested in writing a guest post for their blog, etc.

If you’re still paranoid that you’ll might miss something, or that there will be complaint about your brand on social media (how often has that happened to you?), you can always hire a VA to keep an eye on your social media channels while you’re gone.

Or, remove all of the Facebook apps from your phone. Once a day, install the Messenger and the Pages apps. Check Messenger and your pages, and then delete the apps.

As for losing the trust you’ve established, your true fans aren’t going to forget about you. That’s just fear talking, you don’t have to listen to it.

What to expect from a social media sabbatical

1. Expect it to be really hard. Social media isn’t designed to be calming and unobtrusive. Social media is designed to be addictive, to spark Fear of Missing Out (FOMO). It’s not just enough that when we log into Facebook the notifications are in red, signaling a (fake) sense of urgency, versus the numbers being in some calming and unobtrusive color like forest green. Even our phone wants us to remain addicted, with constant pings whenever something new happens. Friggin notifications – one of the many reasons I typically keep my phone on silent.

2. The first few days will be tough, but it will get easier. You’ll automatically want to check social media every few hours the first few days, but the urge to check will diminish as the days go on.

3. Expect Facebook to be the hardest to stop. I checked Twitter and Instagram maybe 3 times during those two weeks. I ended up checking Facebook every day at least once. In technical terms, my social media sabbatical was a complete failure. Technically I didn’t do a social media detox, I did a social media slowing.

This was partly to do with the fact that I was still coordinating my 60-in-30 free 15 minute consultations using Messenger (I’ve extended to one more week, and still have some free consultation spots left, btw). I had thought that I could just make that distinction, and that checking Messenger daily wouldn’t mean that I checked Facebook daily… but I was wrong.

4. You’ll have a lot more headspace. During my social media sabbatical I came up with a product idea for people struggling with posting consistently on social media (more on that soon), decided to launch another group program on jumpstarting your video confidence, and created the launch plan for both. I have a much clearer view of my business and where it’s headed now.

My social media sabbatical may have been a technical failure, but it was successful when it came to my goals for the detox – to slow down and spend some time thinking about the important things in my business.

5. You won’t magically have all the time in the world. Since this is a social media sabbatical and not a digital detox, expect that you’ll still be working a lot and might not practice the ukulele daily, become a jiu-jitsu grand master, and read all of your Kindle books in one week, or whatever your grand relaxing hopes are. If your primary purpose of the social media sabbatical is to relax more versus get more important business work done, then consider having designated computer times and then stashing the computer out of sight the rest of the day.

Although technically my social media sabbatical was a social media slowing, it was still a very fruitful experience. I developed new products, reached out to a Facebook Ads expert who will be doing an private Facebook Live for my Facebook group, and read more books than I have in the past 3 months. And over all, I gained some very important business clarity.

Whether it’s one afternoon, one week, or one month, I hope you consider taking a social media sabbatical. Even if it doesn’t turn out to be a complete detox you’ll still get more headspace than continuing the status quo.

Are you planning on taking a social media sabbatical? Let me know in the comments, I’d love to know. 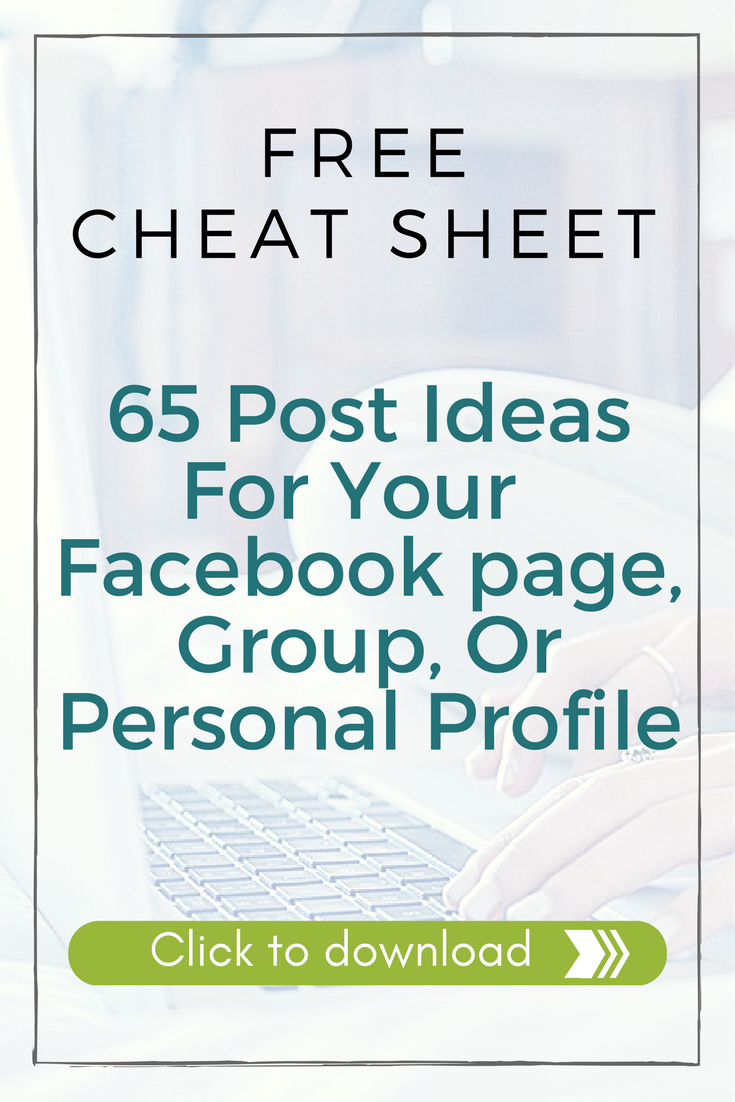